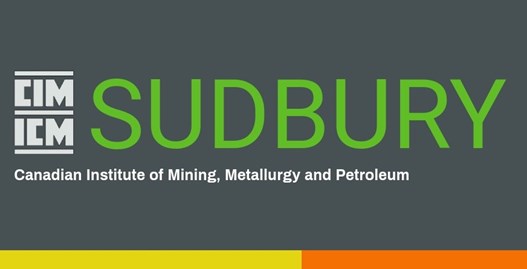 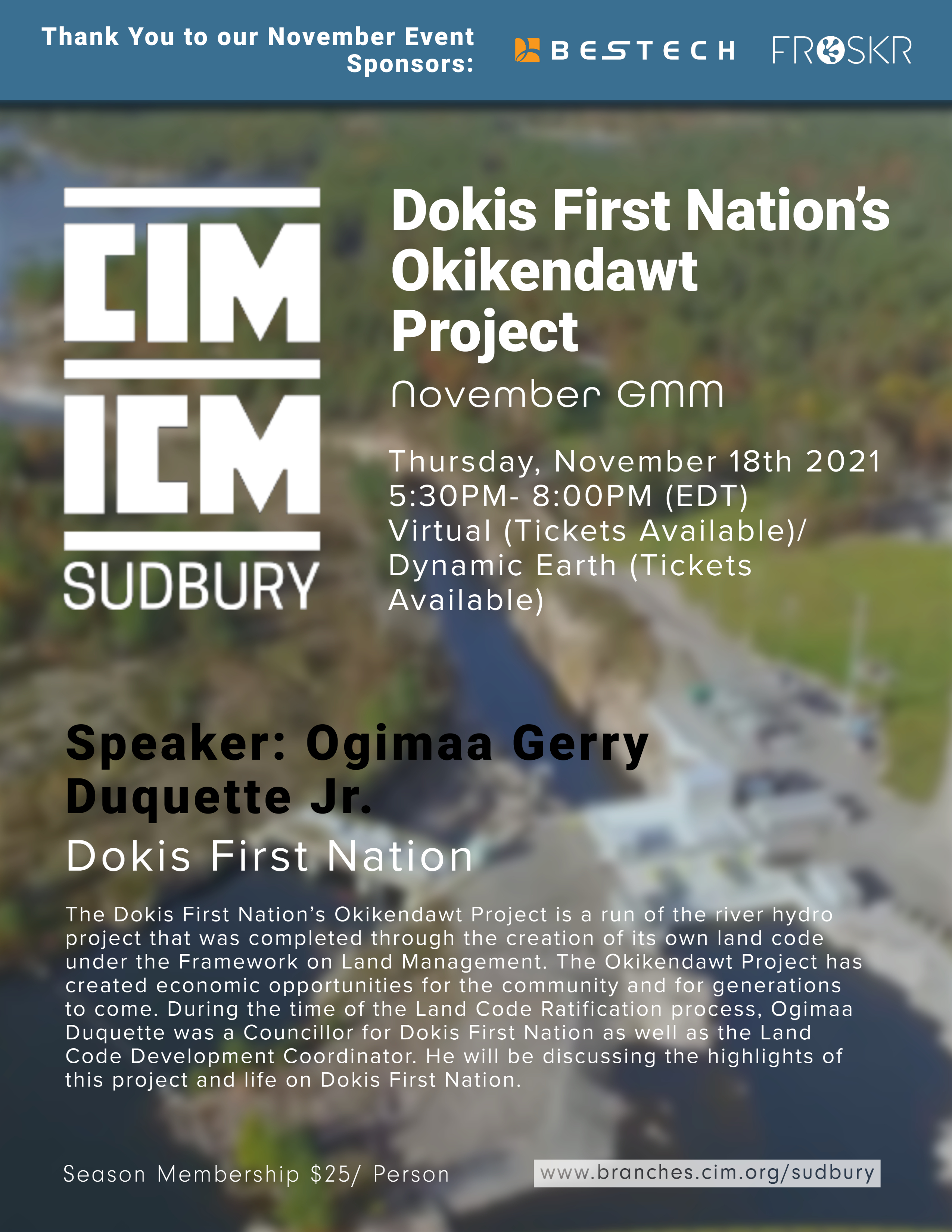 - Please join us for our November GMM.

- In-Person tickets are available to CIM Sudbury Branch Members for $10. Dynamic Earth is limited to 65 guests so get your tickets early. (Proof of vaccination will be required).

- Members will be emailed a members-only link that will enable them to purchase an in-person ticket or register for the on-line event for free.

- Non-members may purchase online tickets for $5.

Graduated from the Native Land Management Program at Cambrian College and began working for Dokis First Nation in 2003 as the Land Code Coordinator. In 2006, he joined the National Aboriginal Lands Managers Association (NALMA) as the Resource Officer and the Quebec/Labrador First Nations Coordinator. He returned to Dokis in 2010 where he accepted the position of Consultation Coordinator. He is frequently sought after as a resource by other First Nations to support them throughout their Land Code journey as a Director for Eastern Region for the Lands Advisory Board. A support for “ICE” Indigenous Clean Energy and currently serving his third term as Chief of his community. Volunteers at the MIGISI Fish Hatchery, Dokis Summerfest, Dokis Annual Pow Wow and the Dokis Fire Department.

Thank you to the event sponsor

Photography Disclaimer: CIM Sudbury Branch reserves the right to photograph its events, and from time to time we use these photos in our publications.  By registering for any of our events, you understand and acknowledge that your photograph may be taken and used, at CIM Sudbury Branch discretion.